Car crashes occur in various ways. They range from minor collisions like fender benders to more severe accidents like head-on collisions or rear-end accidents. The more severe the collision, the more significant the property damage and severe the injuries.

In the first instance, drivers who rear-end leading vehicles are liable for the damages. However, investigations could point to negligence by the leading car’s driver that contributed to the accident.

Determining the cause of the accident is critical in proving who bears tremendous responsibility for the accident. Therefore, you can sue the at-fault driver to recover damages for your injuries or loss of property. At Las Vegas Car Accident Attorney Law Firm, we help victims of rear-end accidents recover damages for their losses. Contact our team today.

Determining fault begins with establishing negligence. Under Nevada law, negligence describes actions that fall below the standard duty of care. Motorists should exercise due care by following traffic laws, practicing safe driving habits, and exercising caution when on the road. Failing to do this could cause a crash resulting in injuries and property damage.

As the plaintiff in the case, you have to prove the at-fault driver or defendant was negligent. Your attorney, therefore, must prove the following elements to prove negligence.

Parties at Fault for Rear-End Crashes

As pointed out earlier, the Prima Facie assumption is that the driver who rear-ended the leading vehicle is at-fault. However, investigations determine contributing factors that introduce other parties as potential defendants. Thus, it is not always true that the at-fault driver is always the one following the leading car.

Here is a look at the possible at-fault parties.

Driving too close to the leading car increases the possibility of a rear-end crash. You should maintain some distance from the vehicle ahead. This distance helps give you more time to react appropriately if the leading car stops suddenly.

The distance should be reasonable relative to the speed and the traffic situation on the road. Failure to do so is an offense referred to as tailgating. While tailgating is a criminal offense, it also features in civil proceedings against the defendant.

Tailgating is the most common culprit for rear-end collisions caused by rear drivers.

Las Vegas has assigned speed limits for different zones, including highways, residential, and school zones. Drivers can react accordingly and timely if they drive within the prescribed speed limits. If not, there is an increased likelihood of a crash with fatal consequences.

Engaging in activities that take away your focus on the road potentially increases the risk of a crash. Familiar distracted driving activities most drivers engage in include:

Driving Under the Influence of Drugs and/or Alcohol

Inebriation reduces a driver’s reaction time and interpretation of the situation on the road. It, therefore, comes as no surprise when drunk rear-end drivers ram into or hit leading vehicles. Further, drunk driving is a criminal offense. Thus, most drunk drivers end up serving prison time over and above paying damages in civil court for the crash.

Aggressive driving is best defined as engaging in dangerous driving behavior or driving patterns that significantly increase the risk to human life. This definition includes activities like speeding, road rage, and reckless driving.

The fault in question is an act that potentially increases the chance of causing a crash, like driving with faulty brakes.

b) Drivers of the Leading Car

In the following circumstances, lead car drivers can be at fault or partially responsible for the crash. He/she:

Additional factors could cause a rear-end accident other than the leading or rear drivers. They include:

Juries require proof to substantiate your claim that the defendant(s) is responsible for your loss or injuries. Your attorney will introduce the following into evidence to support your claim.

Negligence is divided into two, contributory and comparative.

Contributory negligence allows plaintiffs to recover damages even if they are partially at fault. Comparative negligence, however, is a shared fault system. Blame totaling 100% is apportioned to both the plaintiff and the defendant.

Pure comparative negligence allows plaintiffs to recover damages regardless of their share of fault for the accident. The sum recovered is equivalent to the percentage of the defendant’s blame.

For example, Peter suddenly slammed on the brakes because he realized the light was red. His actions caused Jack, who was driving behind, to ram into him. At the time of ramming into Peter, Jack was texting. The jury determines that Peter was drunk and on a call while driving and only saw the red light at the last minute. The jury determines that Peter, the plaintiff, was 80% at fault while Jack is assigned 20% responsibility for the crash. Under the pure comparative rule, Peter will receive 20% of the damages awarded in the case despite being 80% at fault.

For example, if a jury determines the defendant to be 60% responsible for a rear-end accident and a plaintiff 40% at fault, a plaintiff will recover 60% of the damages awarded. If the jury awarded $1 million, the plaintiff recovers $600,000 (60% of $1 million).

You should file a lawsuit against the defendant(s) within two years from the accident date. Beyond that, you cannot recover damages. It is thus necessary to engage an experienced personal injury attorney immediately after the accident.

The injuries sustained in a rear-end accident range from minor to severe. These injuries come with a cost implication to treat them. You, therefore, will present medical invoices and receipts as evidence to detail the costs you incurred while seeking treatment for the injuries.

Additionally, the damages sought in your lawsuits include ongoing and future costs. You could be undergoing treatment for the injuries while pursuing the personal injury suit. Further, some injuries could require treatment past the date the jury awards you damages. All these costs need to be included in the lawsuit, and a personal injury attorney is best suited to help you determine your ask.

Some of the common injuries associated with rear-end accidents include:

The most immediate property damaged in rear-end crashes is the mode of transportation (the vehicle or bike). Damages to other properties like fences or houses, if the impact of the collision caused one of the vehicles to crash into a home, will also be considered in the final figure.

Nevada personal injury laws allow plaintiffs to recover income lost due to the accident. This income includes the sum of money and benefits you could have earned during the recovery period or the lost job on account of you not being able to show up for work.

Lost meaning capacity will compensate you for the lost ability to generate income as you did before the accident. Therefore, lost earning ability caters to future income loss while lost wages pay for past lost income.

Quantifying lost meaning capacity is challenging. It requires an expert whom a personal injury attorney can link up with. Their assessment includes projections of the income you would have generated, bonuses, and benefits you reasonably would have earned had it not been for your injuries.

Some losses are not easily quantifiable but are losses that the jury acknowledges and requires the defendant to pay for. These subjective losses are referred to as general expenses and do not necessarily involve an out-of-pocket cost.

Juries determine an appropriate amount proportional to the subjective loss. Some losses include pain and suffering, disfigurement, unjust hardship, emotional distress, loss of enjoyment of life, and physical impairment.

Punitive or exemplary damages are not based on the losses you suffered. The jury issues them to punish the defendant(s) for egregious wrongdoing. Therefore, you have to prove that the defendant’s actions were fraudulent, oppressive, or malicious to recover punitive damages.

As the name suggests, punitive damages are significantly higher than compensatory damages. The value aims at discouraging members of society from engaging in behavior similar to the defendant. The jury determines the figure of the punitive damages based on what they believe to be a fair and reasonable sum. However, the judge can reduce the award if, in their assessment, the defendant is unable to pay or cannot pay.

Should the rear-end collision result in a fatality, the victim’s surviving family can seek compensation through a wrongful death suit. In the lawsuit, the surviving family members or the executors of the deceased estate seek financial compensation for the losses incurred after the accident leading up to the victim’s demise. The lawsuit also seeks monetary settlement for the pain and suffering occasioned by the loss.

Wrongful death suits also require evidence that the defendant was responsible for the victim’s death or injuries that led to their demise. Further, Nevada law NRS 41.085 limits the potential plaintiffs in the suit to the deceased’s spouse, children, parents, siblings, or a close surviving family member who is not a sibling or a parent. According to the same law, fiancées, significant others, and close friends are ineligible.

Find a Las Vegas Personal Injury Attorney Near Me 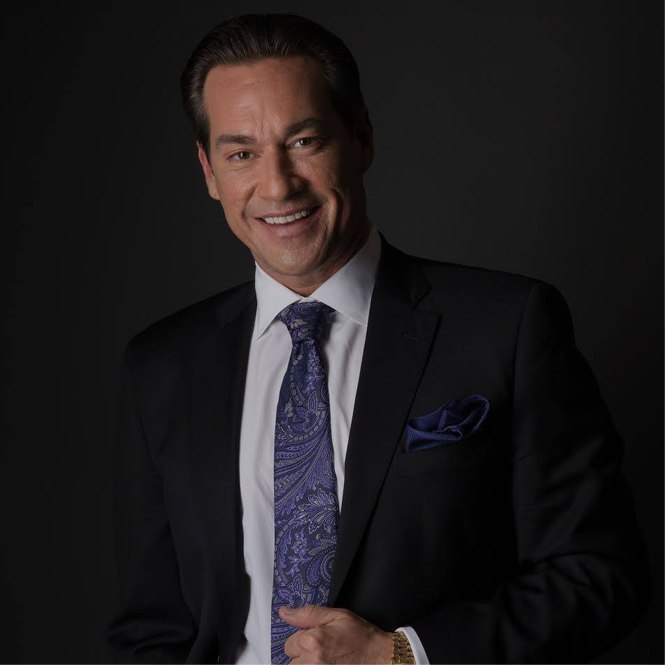 I had a terrible accident and my case was handled by Dallas Horton. They got me what I deserved and am happy with my settlement. They went above and beyond.

Las Vegas Car Accident Attorney Law Firm handled my case after my accident. Horton and the staff are knowledgeable and professional and explained the whole process. I highly recommend this law firm.

Dallas Horton is the best personal injury attorney. He got me the most money possible after my accident.

Do Not Hesitate Contacting Us

When seeking a car accident attorney, you require a lawyer with proven results, resources, skills, and experience to fight for your rights. That is what you obtain with the Las Vegas Car Accident Attorney Law Firm.

We have many years of experience representing car accident-related accident victims. We have recovered a significant amount of dollars in trial verdicts and settlements for our clients. That means we could settle your car accident claim for considerably more money and faster. Our mission goes beyond recovering the highest compensation amounts for our clients. We aim to treat all clients with respect, care, attention, dignity, and compassion. As a result, we leave no stone unturned, work extremely hard, and marshal our skills, dedication, and experience to get our well-esteemed clients the most favorable case outcome.